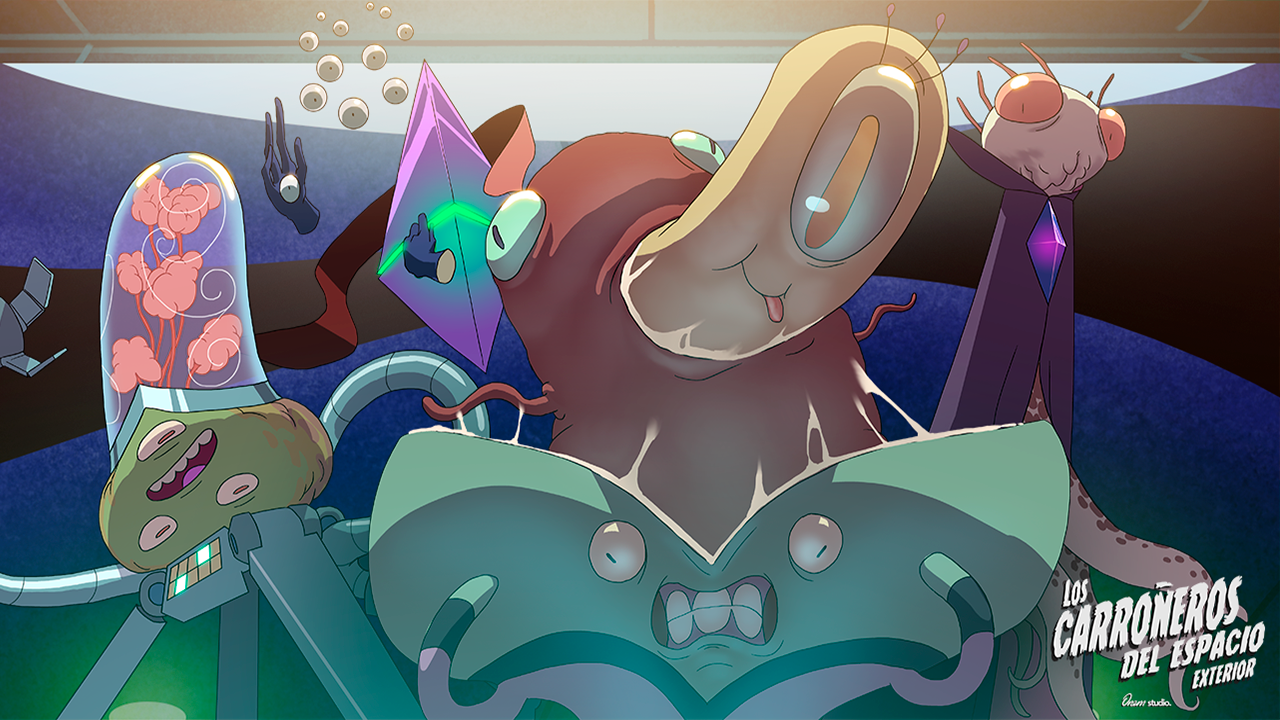 “Los Carroñeros del espacio Exterior (Scavengers from outer space)” is a vintage styled cartoon about the journeys of Captain Moho and his space tripulation.

We used digital puppets and facial tracking to create an ultra fast workflow , to achieve creating a 5 min episode every week.

Somewhere deep in space, several light years away, we find ourselves in the vast celestial emptiness; a place inhabited by scavengers that will do anything to survive, among them is Captain Moho and his crew in his legendary (and also rusty) spaceship P3000, accompanied by his dysfunctional : Dent the navigator, Nao master of technology and the all mighty Macula!

We wanted to experiment a lot while doing this series, so we took freedom while designing each character. Some of them have strange uncommon designs while other are simply real live footage of old toys found at flea  markets.