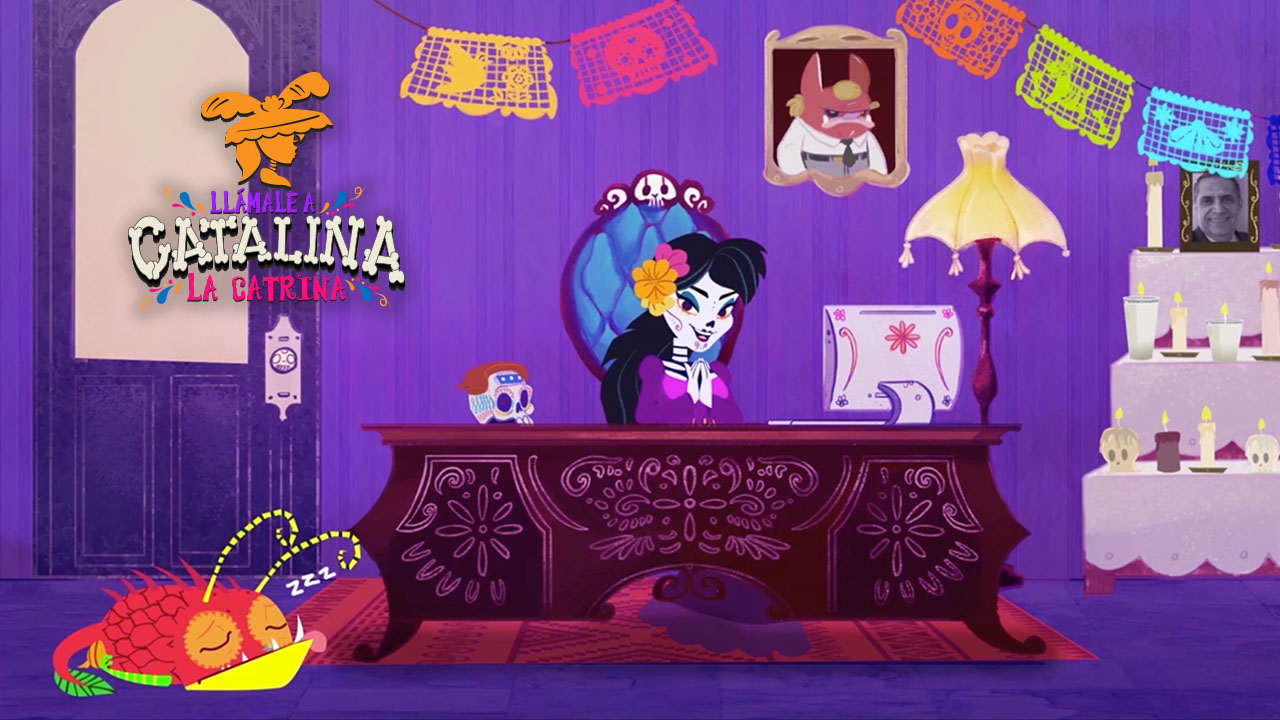 Televisa is the most important television broadcasting service in Mexico.

Our task was to create a character that could interact with kids on national live TV; receiving calls from the audience and responding to questions for ”Dia de Muertos” TV special.

For this project, we collaborate with Adobe Systems Incorporated team and Laurent Abeccassis from Diomatic Inc. implementing Facial Tracking Technology to be able to move the character live.

We developed the whole concept alongside Genaro Diaz from Televisa creating not just La Catrina but the atmosphere where she lives.

Catalina is based on Jose Guadalupe Posada’s famous “Catrina” lithography. She’s a typical element in the day of the dead festivity. We wanted to give the character a unique and more stylized look while maintaining traditional elements.

Catalina’s puppet was simple yet complex. It had to interact with other characters in scene and with a live audience. We gave her different facial expressions including: sadness and anger, to compliment her physical expressions.